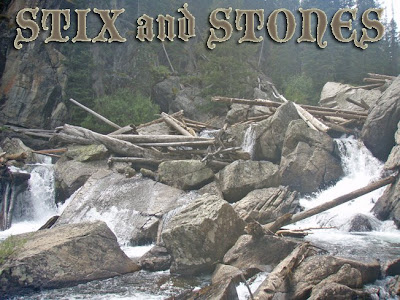 Just in case you wondered why they called it Stix and Stones! 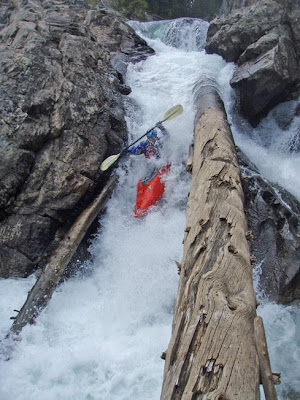 Boof the log, rail slide the right wall, 2 quick strokes away from the sieve, and split the two logs and tuck. Ahh yes, Stix and Stones was holding to its name of sketchy class 5 drops with marginal lines. 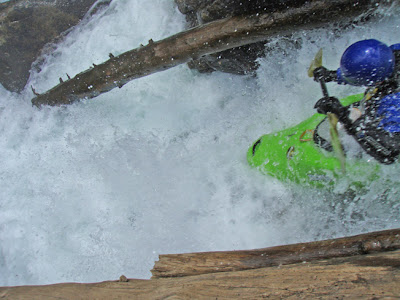 Its a good thing I didnt have this view before probing it for the young lads. I told them after I ran it “nice and clean” and that it would be tuff to hit the log and they both followed with some type of log interaction of various degrees.

Stix and Stones lies high in the upper Clarks Fork River a little over an hour from Cody, Wyoming, and has been on my list of runs to get on for quite sometime. This section of water lied untouched for quite some time after a group of Jackson paddlers reported horror stories of numerous portages and drop after drop filled with wood. 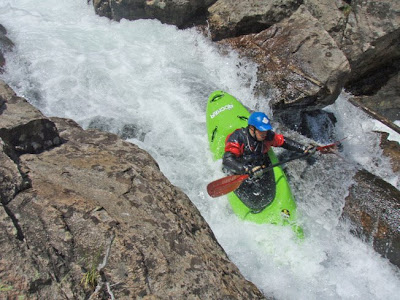 About 5-6 years ago kayakers began to wander into its depths again with only curiosity guiding them. Some found the drops and crystal blue waters inviting, and others found numerous portages and swarms of mosquitos. We found that the portages weren’t that bad, eight in all, and for the most part the mosquitos were the worst part of portaging. 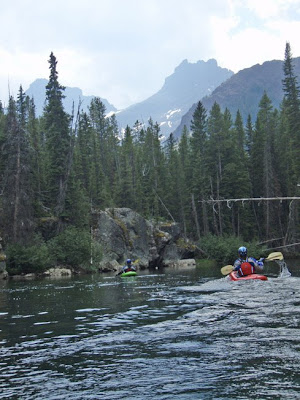 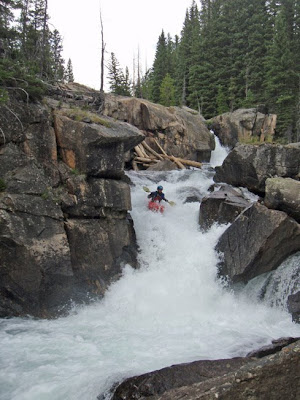 You better come to Stix and stones ready to fire up some marginaly runable drops and get comfortable with wood. It sucks when you factor in dealing with the blood sucking mosqutios to run a drop. I took two young guns with me Tom Sunderland and Randy Binder, both having a great year firing it up in their first class 5 season. 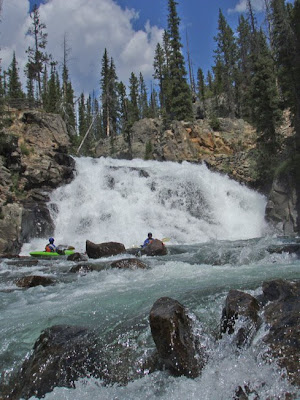 This was the put in drop which looked like it would be runnable with much higher flows. 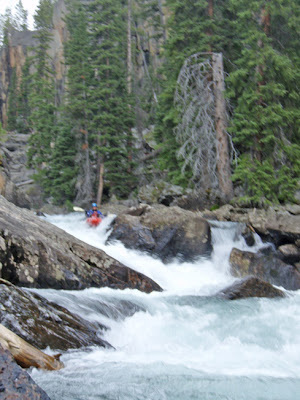 Mid way thru the first gorge of big drops stacking up on eachother. This section that was super fun! 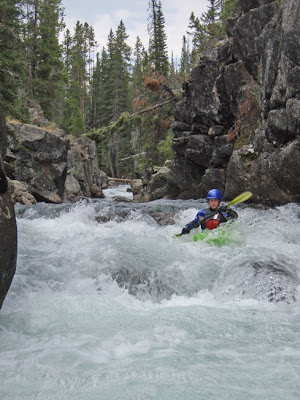 Great pools between drops in the lower half of the run 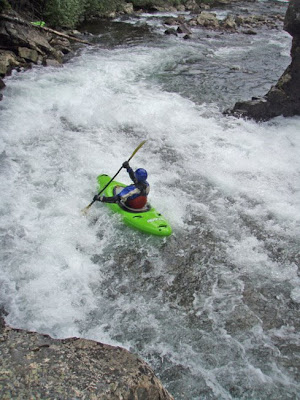 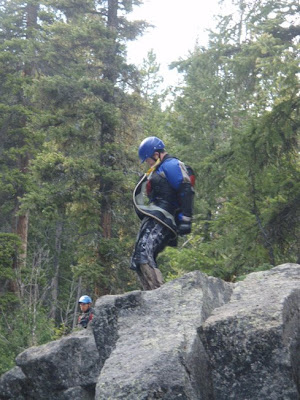 Tom was pretty excited about this drop, instead of giving it a thumbs up he gave it the air hump! 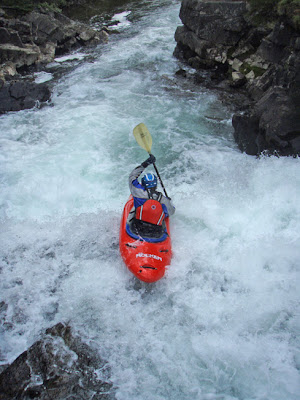 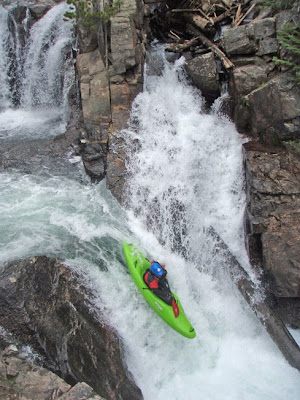 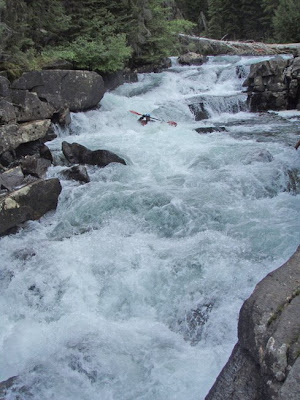 We all agreed the run was super fun and the drops just keep getting better “Oh Yeah” and they get cleaner! 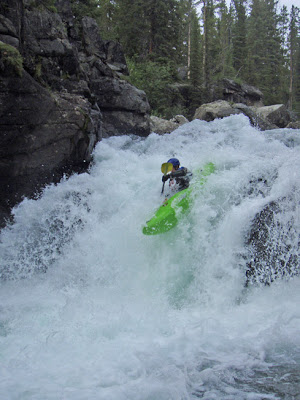 Thanks to Randy and Tom for shooting great photos.