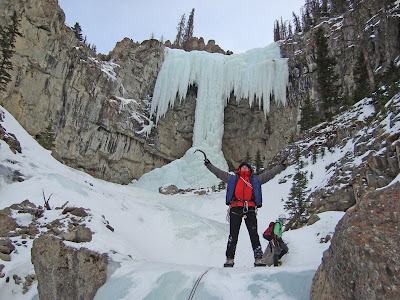 If we could capture the feeling of success in a pill it would be the next big drug to spread through society. Each and everyone one of us strive to achieve success in many different ways but as Joel, Hillary and I walked out of Hells Angel our success brought the ultimate high.

I choose to take a new path in this time trying to stay out of the depths of snow in the bottom of the canyon, im not sure if it was shorter or better.

Joel is questioning my new approach

Something about post holing thru talus fields just wasnt exciting for any of us, our shins were all sore.

I think an hour and half of the approach was side hilling….sucked

After almost three hours we reached the climb and were all psyched to get it done. Hillary took lead on the first pitch and did it in style. 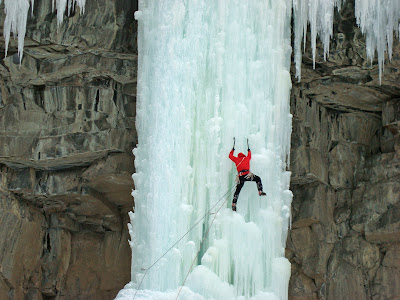 I stood only 15 feet off the ground staring up the pillar that reminded me of sitting at my parents dinning room table at the age of eight pondering my eyes up at the massive chandelier that dangled over my head like an umbrella. It always reminded of ice back then and its funny that the memory sticks in my head considering I never had a meal at that table. It was like my mom was waiting for some special moment or person to show up to use this table but it never happened. 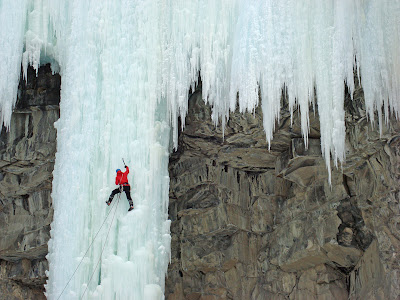 I stood below Hells Angel in the same place 2 years prior and it looked a hell of a lot better then, but I was forced to back off when my tools failed me. Here I was again and it was right in my face staring me down trying to find my weakness. I wanted this thing and not just for me but for Joel and Hillary also, I figured I felt good now and my feet are solid, so why not continue until feet, gear and tool placements were exhausted. When I reached the bottom I sized it up like it was my opponent in battle looking for its weakness and where it would allow me to place gear and gain resting points. It looked like I was going to be fishing my way up the entire climb trying to hook good placements with each swing. 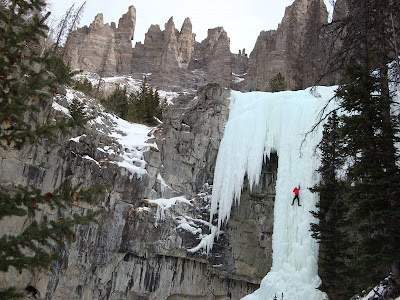 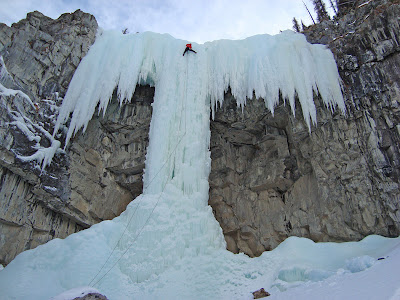 My arms pleaded for a break as I swung my tools for the last few times gaining the top of the climb. At the base of the climb my tools felt like jugs and now they suddenly felt like greasy toothpicks as my hands clinched on to secure a grip.

As we postholed back down the canyon darkness fell on us and it reminded me how much I love hiking out of the mountains during the sunset and especially after a successful day of climbing.

I was psyched to get this under my belt and it is the last climb I wanted to get done before telling everyone where this area is and I can tell you it hosts some of the best grade 5 climbing I have ever done. I want to thank Joel Anderson for taking the photos and Hillary for blindly following us on a “Mulkey Death March” as Joel would call it.