Looking For The Edge 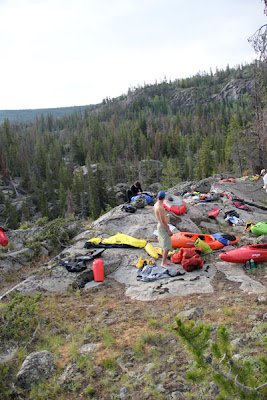 Why would you want to search for the edge of the world ?

Deep within one of Wyoming’s mountain stained towns on a weathered bar stool this question emerged over a bravely ordered margarita. A Whiskey seasoned cowboy over hears our conversation in the barrel sized pub within scope distance of the mighty Wind River Range. This would become the finish line for many of my adventures to come but little did I know it would be where the story would begin. The random discussion was fanned across the sparsely occupied bar top as we discussed exploration in the mountains and searching for the unknown. The set of tattered dusty cowboys at the end of the bar perked up and asked ” Why would you want to search for the edge of the world”. Stunned the cowboys wanted to partake in the conversation we quickly fired back our thoughts and the conversation would last for another hour. The drive I feel to seek out the unknown is a fearful yet fulfilling need. I once heard Hendri Coetzee say something like ” We fear the unknown but its also the unknown that attracts us”. 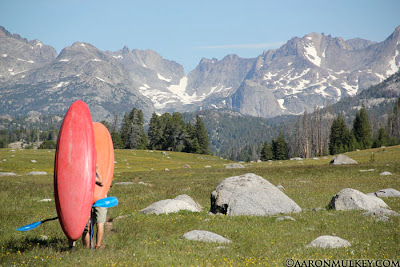 An email from Forrest McCarthy of Jackson, Wy streams across my screen with a few pictures of a river and a short brief on a backyard run. I didnt know Forrest at this point, but anyone willing to hike untold miles with a heavy pack, map and a hope is a guy to stay away from for most people. Emails began to stream back and forth and before I knew it I was shouldering my boat nearly 8 miles into the Wind River Range. 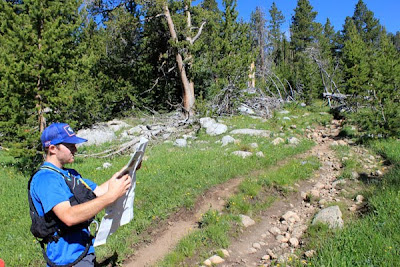 Tom Sunderland- ” We are following this trail to where” 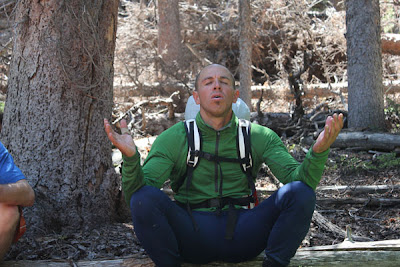 trying to transport myself to the putin Did I mention these crazy guys were coming with us ?

Forrest is a well know explorer and carries his raft all over the Wyoming Mountains and when he said he had a possible un-run river in the Wind River Mountains I signed up instantly. I started looking at the proposed mission down the East Fork River and the topo lines got closer and closer and my thoughts began wondering if these rubber pushers knew what they were getting into. Im always up for watching some carnage but this river would take us many miles from any trail or help. I enlisted the young trusty epic appetites of Tom Sunderland and Nathan Danforth who have survived previous Wind River Missions with me. 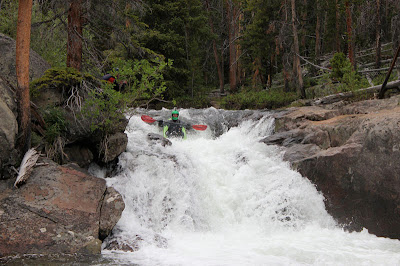 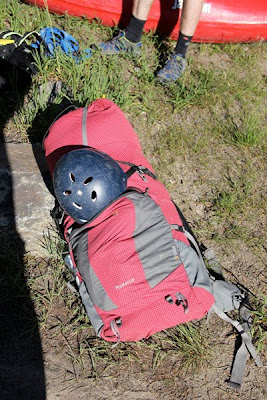 Once at the trailhead i decided it was time to become an Alpacka Rafter. This was Forrest’s pack with his raft and all supplies needed for the next two days. 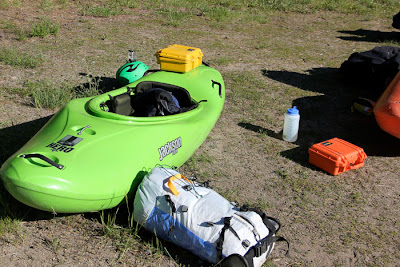 Argh… here is my stuff needed for the next two days. I told Forrest he should be a kayaker for the next 4 hours and I would carry his pack but for some reason he wasnt convinced. Notice the sick Cilogear pack? yes this thing is light and almost waterproof. basically I shoulder my kayak and carry all my heavy gear in the pack. It works super well and since it is all waterproof light weight fabrics it doesnt soak up water in my boat and I can keep all my food and supplies in it. WINNING! 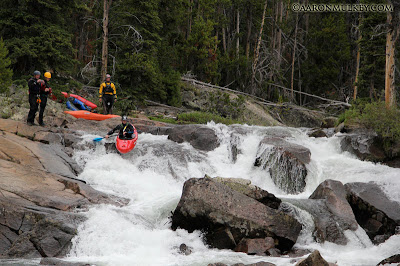 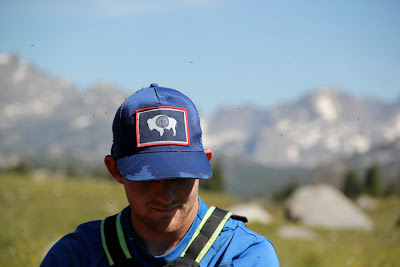 Notice the Mosquitos in the pic ? They were horrible the entire trip off the river. Resting during the hike in was not welcoming by the swarms of mosquitos. 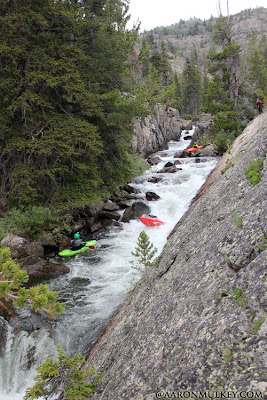 Tom Sunderland busting through the whole in one of the fabulous gorges! 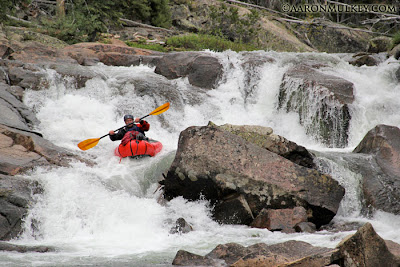 Forrest showing us how its done! 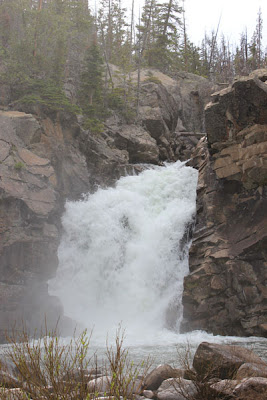 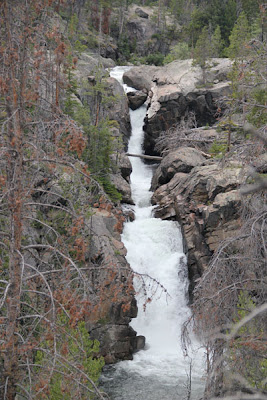 This bigun marked the end of day one for us. There is a possibility the lower is runnable but its gonna be spicey. This is after about 7 hours of paddling and a 4 hour hike . Lots of great drops throughout the day and over 2000 feet of drop to come the next day! 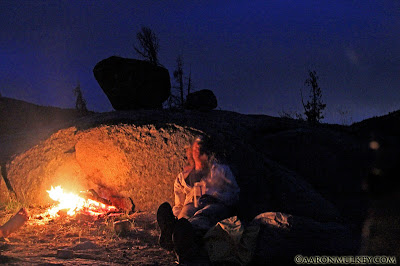 A fire in the middle of nowhere and miles of unknown whitewater ahead…. Life doesnt get much better! 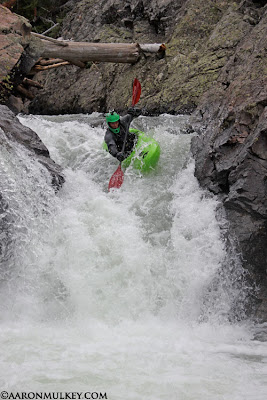 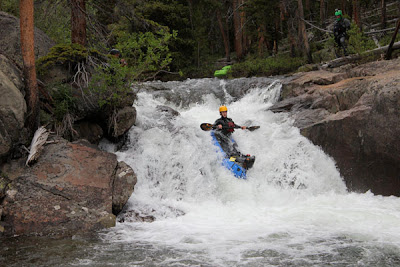 Wyatt Roscoe pushing the limits of Alpacka Rafts and styling it 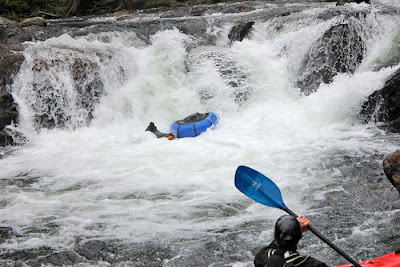 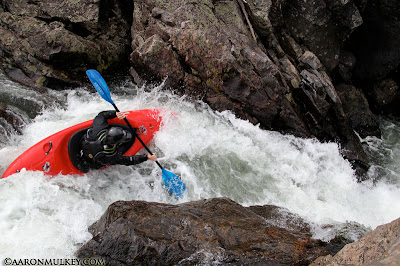 Tom Sunderland getting his wake up call for the morning 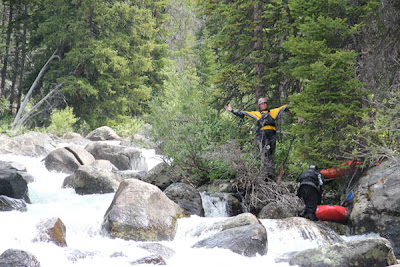 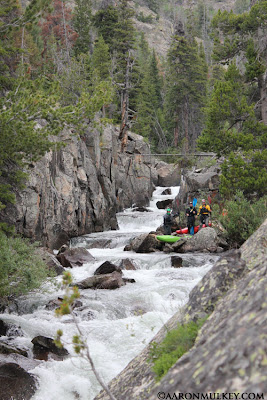 This is why I explore 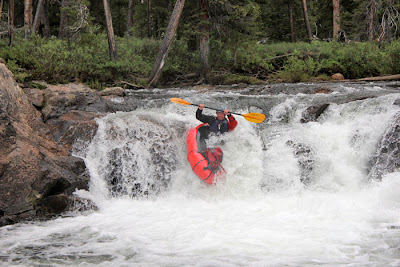 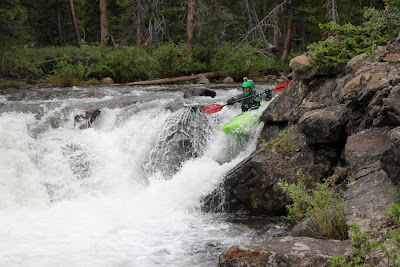 More water would be great but were not complaining 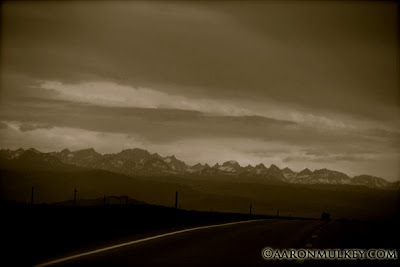 We covered almost 18 miles of river during out East Fork River mission and I would go back in a heartbeat. We needed more water although it was probably ideal for Forrest and Wyatt it was a bit low for us. Double the water and this creek is an instant classic with miles of easy read and run class 5 with some big drops scattered throughout the run and some very cool gorges. I think we only portaged maybe 10 times which is damn good all things considered.

Normally the breeds of rafters and kayakers dont mix but we moved incredibly fast and the team worked well together. Forrest and Wyatt are very talented guys and I would be happy to paddle with these guys (almost) anywhere! 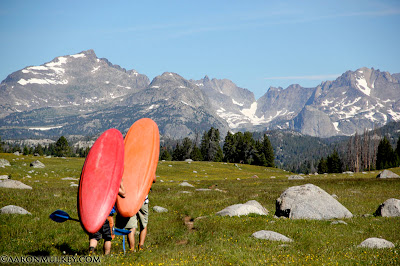 I told those Cowboys if there were an edge of the world we would find it and come back to tell them all about !