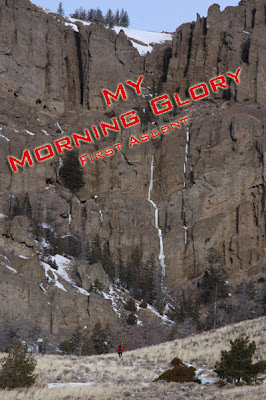 The tires hiss and screech as I come to an abrupt halt, I scavenge the car looking for my binoculars. A small floss of ice flows off a rock face in the distance and I catch a glimpse of it thru the clouds. Its almost like I can sense the new forming ice like Spiderman’s Spider-sense……well maybe not but that would be pretty cool. 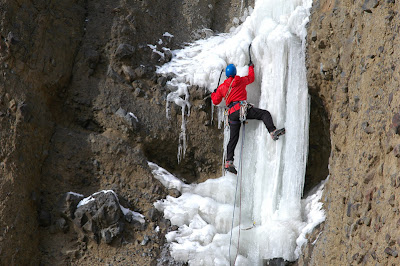 In the distance I can see just a fine line of ice and no visual of the bottom to see if it’s actually touching. 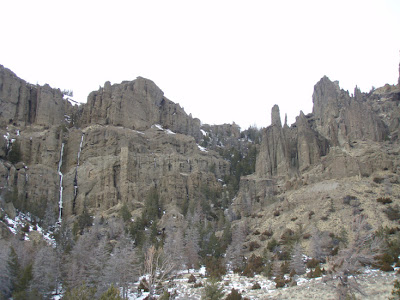 Two days later Matt, Hillary and Photo-man Dan Miller and I head up with high hopes that its still there and that we can get to it thru a maze of private land and roads. 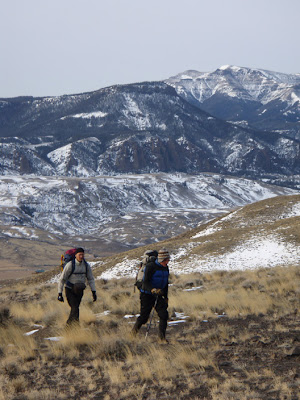 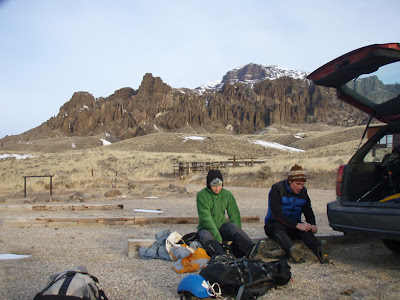 We eventually make it to a trailhead and are super psyched that it looks to be about a 30-minute approach. Contrary to what some people might say not all of my adventures are Mulkey Death Marches (Joel Anderson Quote).

I couldn’t believe how great it looked and the trail went right by the route. With temperatures forecasted at near 50 degrees we knew we had a limited amount of time that the ice would be climbable before cratering to the base of the cliffs. 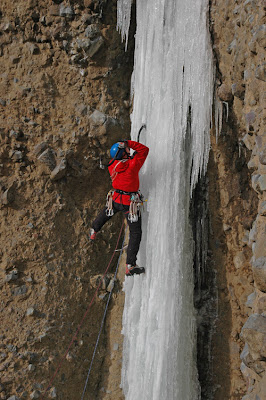 I was climbing by eight o’clock or so, knowing that this was a must do early morning route. When we got to the base it was already dripping pretty good and it wasnt exactly cold. 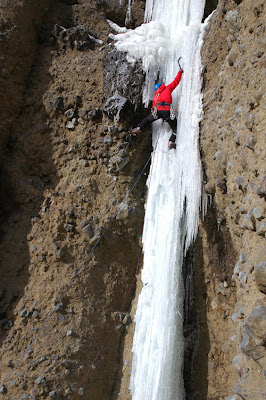 Moments before the right half of the pillar fell…. 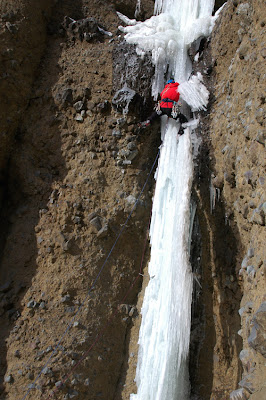 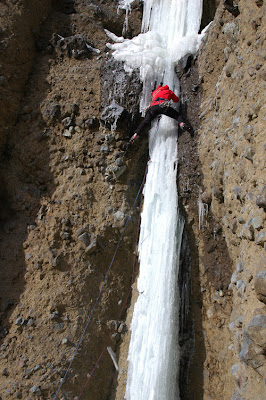 The pillar got a little lighter but the foot placements got better! 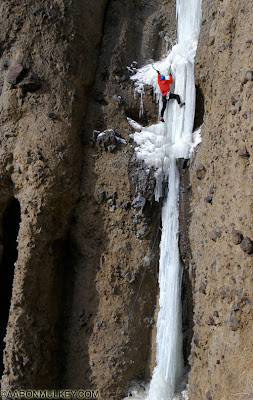 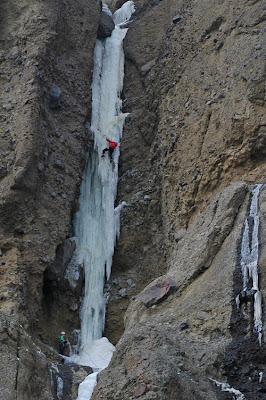 The last pitch was super steep and gear and placements were like digging in a sand box for something solid. This pitch was ice climbing at its best, like bouldering you had to figure out the sequence thru the crux… 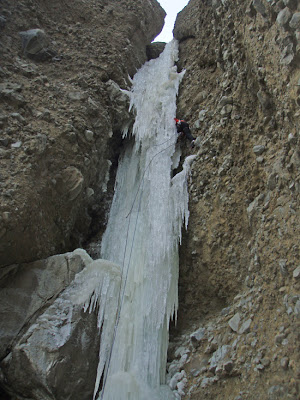 Getting out of this corner was exciting, the entire front section of the ice in front of me and below is a small detached pillar that was ready to rip to the ground and behind was chandelier city 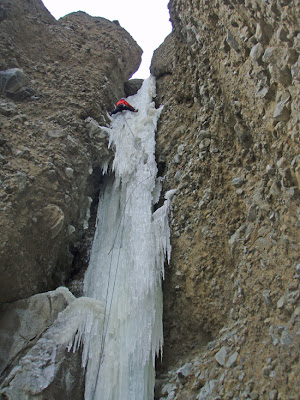 We lucked out on the weather, just as I finished the first pitch clouds rolled in and dampened the sun. I must say I loved this climb all of the movement was exciting and fifty percent of the time your feet were on the rock which provided secure foot placements on protruding boulders in the volcanic kitty litter. 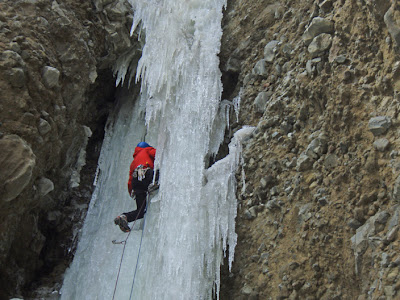 360 feet later we found ourselves at the top of one of the best routes I have ever done.
Thanks to Dan, Hillary and Matt for taking photos and making the route successful 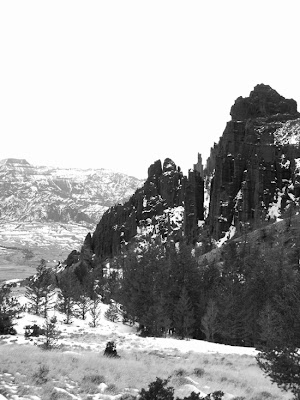 I LOVE THIS PLACE…..