We Be Killin It 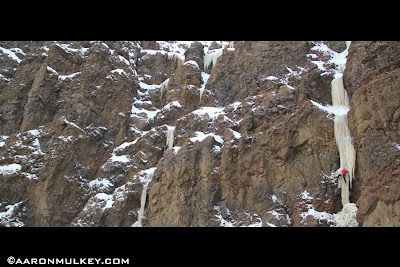 “The state of Wyoming is wealthy in oil and gas, but who knew it would be so rich in first ascents? My partners and I continue to explore the deep unknown backcountry, and while our exploring takes us on many long days of scoping nothing but sage brush and snow-covered peaks, occasionally we find a few gems. 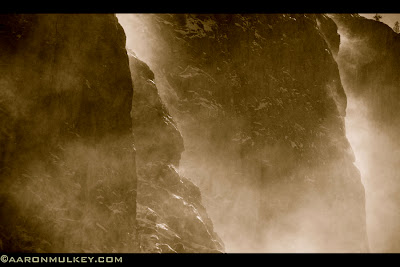 The past few winters have been very good to me, and it seems like this winter, my streak continues of successful hunting missions. Doug Shepherd and I started hunting up high this year in October deep within the Wyoming/Montana mountains. We returned to a project we had attempted in spring 2010 when we encountered a massive storm that blew us all the way back to the trailhead without even getting a tool out. Our second attempt was successful, with a big day of climbing and one of my favorite routes to date. Everything played out well until the top, where Doug and I were seperated in a white-out storm shortly after celebrating our FA of Central Chimney. Hours later, we were reunited back at our tent. We continued our fortunes over the next three weekends, establishing more incredible routes that seemed to be pure luck and timing in a range that is well-known for epics and horrible weather. 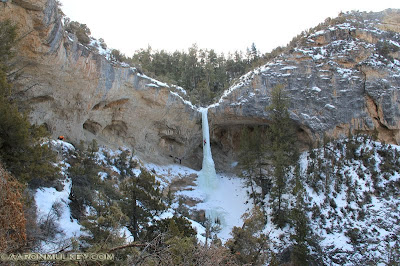 Mulkey climbing Tapout, North Fork Valley. Photo by Tyson Bednarz
As the mountain snows got deeper, we began hunting back in the shadows of the desserts of Wyoming, where timing and luck once again followed our efforts. Every year, I feel so lucky to have such incredible partners that continue to allow me to lead them blindly into the unknown. Doug has certainly been one of those partners who has been infused with the addiction to explore, logging numerous hours behind the windshield between Fort Collins, Colorado, and Cody, Wyoming. The last few months have been incredibly motivating with great friends and partners fueling my tank to explore, and I can only imagine what the next couple months of spring hunts will bring! 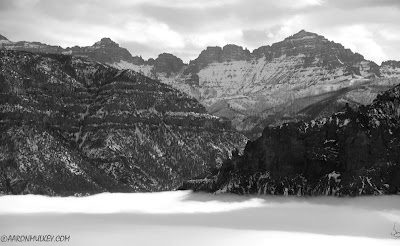 Doug and I took a break from adventures to raise money for our good friend Echo Oak who was recently injured in a 200-foot-plus fall and survived. We decided to climb for 24 hours straight in the South Fork Valley to attempt as many routes/pitches as possible. Starting at noon on February 19 and ending at noon on February 20, we were able to climb 21 pitches and survive a massive ice and snow avalanche that barreled over our heads at 1 a.m. on the climb Moonrise. The full moon of the evening was never enjoyed as we were pounded all night in 0-degree temps and six to eight inches of snow through the night. Raising more than $4,000, we decided it was obviously all priceless as we got back to town and saw the smile on our friend Echo’s face.

Thanks to all my incredible partners who make these routes possible and follow me in blind faith!

This season’s new routes so far: 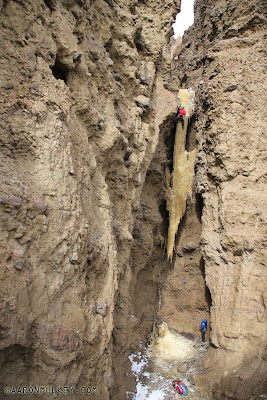